Sydney Harker author of " 'A Galaxy of Youth and Beauty' : Beauty Entertainment in Late Victorian Ontario" in JCHA/RSHC issue 32 no.1. 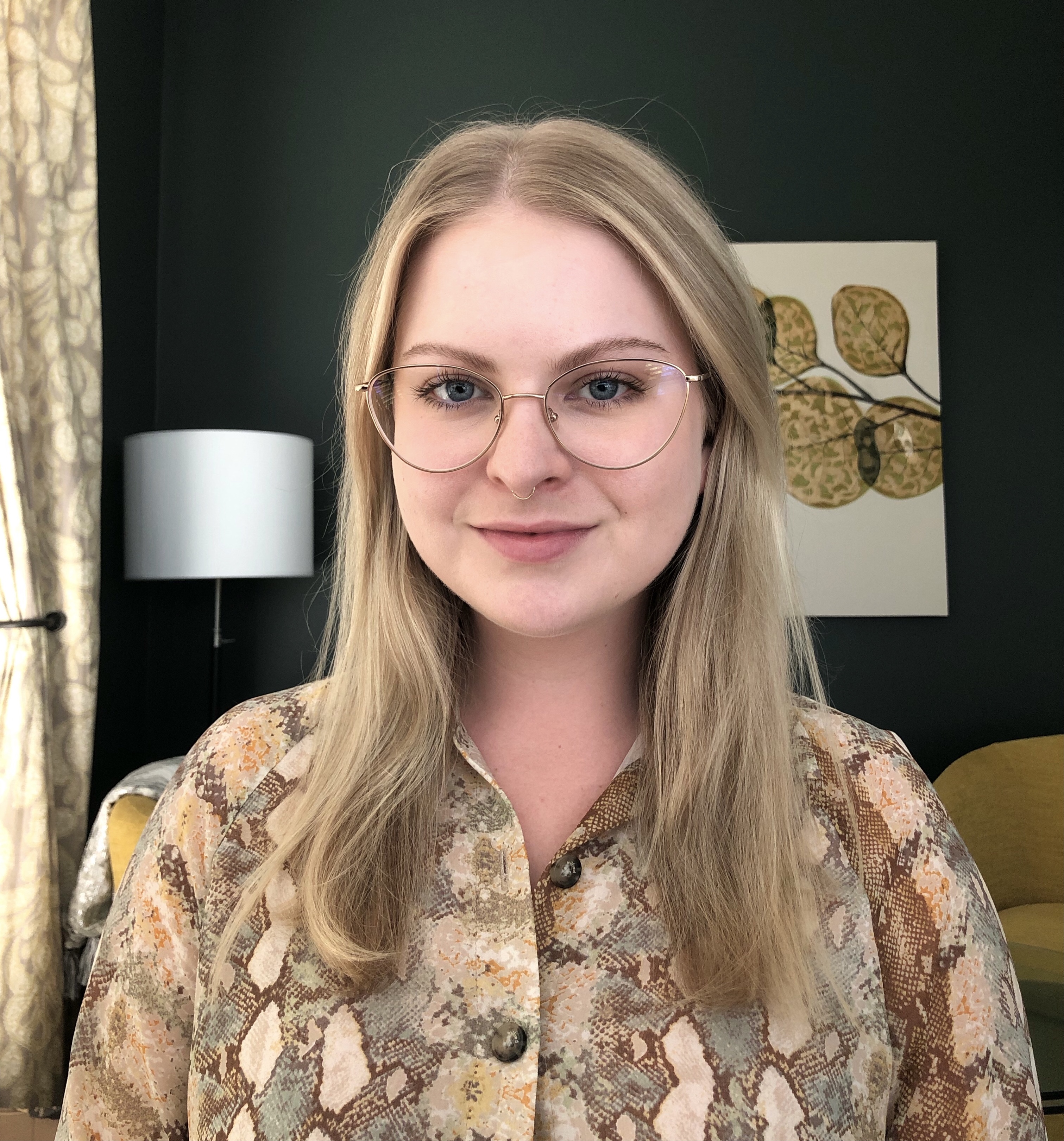 Sydney Harker is a doctoral candidate under the supervision of Dr. Jane Errington and Dr. Laila Haidarali at Queen's University. Her current research examines how categories of beauty were employed and understood in Ontario from the mid to late nineteenth century. She is the co-author of “A Complex Faith: Strategies of Marriage, Family and Community Among Upper Canadian Quakers,1784-1830.” (2021). You can read her article " 'A Galaxy of Youth and Beauty' : Beauty Entertainment in Late Victorian Ontario" in JCHA/RSHC issue 32 no.1.

My interest in beauty stemmed from an exhibit on Canadian immigration texts curated by Kim Bell at W.D. Jordan Rare Books and Special Collections library in 2019. Included was a Canada West: The Last Best West magazine from 1911 where the cover illustration was a Gibson Girl-esque figure holding a bushel of wheat. The image was incredibly similar to a popular 1910 photograph of actress Billie Burke. I was struck by the use of beauty to romanticize and promote an idealized agricultural society in western Canada and from there I started reading as much beauty history as I could. It was a departure from the work I expected to do, but I’m grateful to my supervisors for supporting me.

The boundaries were fairly strict, but context of place was very important. Women who performed in theatrical beauty shows and on stage were paid performers who generally came from urban working-class backgrounds. There was a degree of anonymity to these women that was not present at local beauty contests, where contestants were pulled from a middle-class audience and the events were often community based. We get a sense of this from newspaper announcements that named local winners but never named participants in theatrical beauty shows unless they were a well-known performer. As far as understandings of beauty go, beauty contests generally upheld western standards of beauty, though beauty shows often capitalized on a growing interest in showing “foreign” forms of beauty, driven in part by late nineteenth century interest in Orientalism. This is where we see the introduction of beauty “types” and advertisements that used loaded terms such as international, or a congress of beauties.

A lot of excellent work has been done on the connection between beauty contests and nationalism, particularly in the twentieth century. What we see happening on a smaller scale in the late nineteenth century is the use of beauty contests as a form of civic pride where contests were included at public events to promote a particular vision of a city or town. There is a striking scene relayed in the Perth Courier of a 1903 agricultural fair in New Liskeard (today Temiskaming Shores) where author J. M. Walker discusses the “throbbing of a distant kettledrum and the strains of ‘Hiawatha’ play[ing]” at the fair where a beauty contest was held. 1903 was the same year the town was incorporated, and construction began on the Temiskaming and Northern Ontario Railway, so there were big economic and settlement plans for New Liskeard. The area was the traditional territory of the Algonquin, notably the Wabigijic (Wabie) family. Madeline Theriault, who was part of the Temagami First Nation, wrote in her autobiography, Moose to Moccasins: The Story of Ka Kita Wa Po No Kwe, that her great-great grandparents, Joachim and Angèle Wabigijic, were living in the area that later became New Liskeard and were forced from their land (26). In an edited version of land surveyor A. H. Telfer’s travel diaries, Worth Travelling Miles to See: Diary of a Survey Trip to Lake Temiskaming, 1886, editor Lorene DiCorpo details attempts by Joachim and Angèle’s daughter Nancy Wabie from 1917 to 1934 to gain compensation from the Canadian government for her father’s land in New Liskeard (135-144). This is important because the scene at the fair described by Walker is an interesting conjunction of highly stylized Indigenous presence and imagery at a settler event that also held a stylized beauty contest. It is an evocative and stark image of cultural and symbolic settler appropriation as the backdrop of a beauty contest where only settler women participated. The contest was a way to communicate the pride and vision of the town and its settlers, denoting who belonged in New Liskeard and who was to be celebrated. 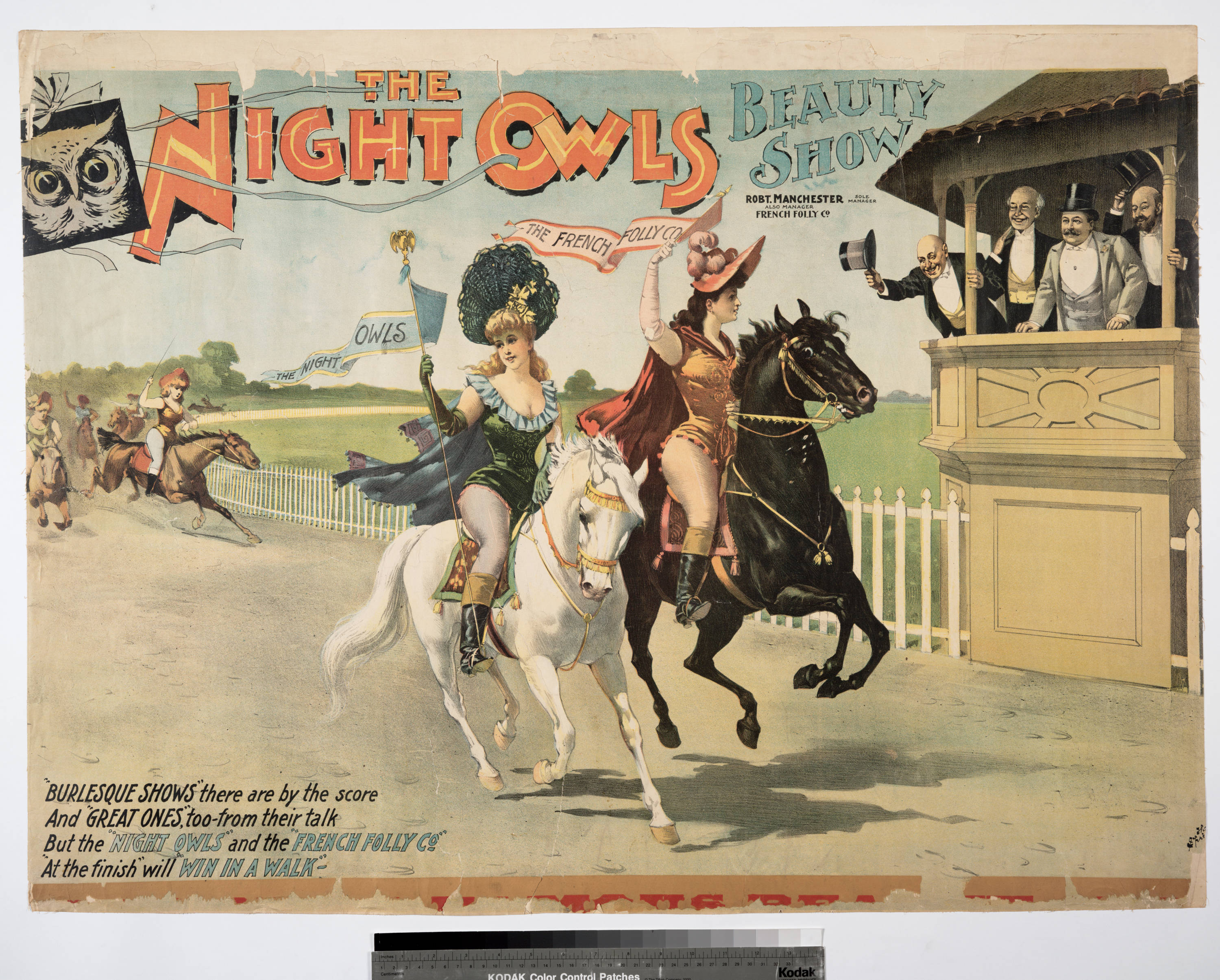 This is a big question. Social media is certainly a heightened medium of communicating beauty standards and decentralized in the sense that the agents of influence (or influencers) go far beyond the late Victorian era socialites and stage actresses, and beauty and body trends move a lot faster. Because the type of social media we see is broadly shaped by how we use it, it can introduce people to understandings of their bodies that challenge hegemonic beauty standards and create ideas of beauty that fall outside of the dominant system. At the same time, most of us are at the whim of the algorithm when it comes to what content is prioritized and put in front of us, perpetuating certain beauty and body ideals that ostracizes and harms anyone who fails to present as or perform within largely held standards of thinness, whiteness, and ability.

I recently picked up Ada Limón’s The Hurting Kind (2022). It’s a compelling collection of poems that feels the right amount of hopeful for the moment.