David M.K. Sheinin author of The Slow Conquest of the Argentine Frontier: From the Subversive Gaucho through the Erasure of First Peoples to the Cold War Military Triumph over Antarctica in JCHA/RSHC 31 no.1. 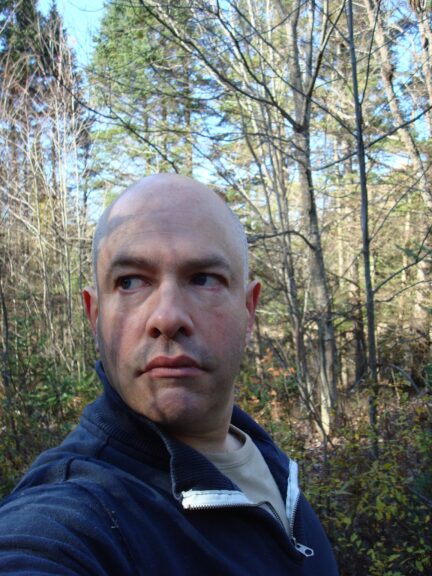 David M.K. Sheinin is professor of History and director of the History Graduate Program at Trent University. He is the winner of the Trent University Distinguished Research Award (2017) and has served as the university’s Social Sciences and Humanities Research Council of Canada mentor from 2015 to 2020. A member of the Argentine National Academy of History, David has held the J. Franklin Jameson Fellowship in American History (Library of Congress/American Historical Association), and has served as the Edward Larocque Tinker Visiting Professor in Latin American History at the University of Wisconsin-Madison. His most recent books are Race and Transnationalism in the Americas (co-edited with Benjamin Bryce, University of Pittsburgh Press, 2021) and Armed Jews in the Americas (co-edited with Raanan Rein, Brill, 2021). You can read his article "The Slow Conquest of the Argentine Frontier: From the Subversive Gaucho through the Erasure of First Peoples to the Cold War Military Triumph over Antarctica" in JCHA 31 no.1.

As a teenager (and atheist) in Toronto, I walked by the headquarters of the United Church of Canada every day on the way to the St. Clair subway station. The Church ran a bookstore on the main floor where I stumbled on the newsletter of the Inter-Church Committee on Latin America, which comprised as the group title indicates, of different churches in Canada. At the time, there were new dictatorships in Chile, and then Argentina. The newsletter covered developments in those countries far better than the mainstream media. I was hooked on the problems of governance, injustice, and political repression in South America. Years later and looking back, I realized that the Inter-Church Committee had played a leading (and still poorly documented) role in raising awareness among Canadians about refugees and human rights in the Americas.

I like the amorphous quality of how people construct frontiers in Argentina and elsewhere. Unlike geological or national borders that come with assertions of scientific or surveyed certainty, frontiers are always imagined and never firm. As dangers and opportunities shift, frontiers move for those who conceive them. The late writer Larry McMurtry once wrote about the first members of his family travelling west to settle in nineteenth-century Texas. They were halted for a generation until the threat of Indigenous attack had subsided, and they could press on to their eventual home in Archer City where McMurtry was born. In this case, the frontier was defined both by opportunity and fear, sentiments likely absent among the Comanche people whom the newly arrived settlers feared but who had very different ways of imagining territory and boundaries. That element of the frontier—that we have to look for it in the past, by reading those who imagined and disputed it—is what set me going.

I began to work on the frontier thinking about how Argentines understood military exploration in Antarctica after 1940—and how the armed forces trumpeted their accomplishments there. Argentines organized their understanding of the “conquest” of 1950s Antarctica by the parameters of nineteenth-century Argentine frontiers. That, in turn, was tied to conceptions of the most vital of Argentine frontiers, the Malvinas. People often have a hard time understanding why Argentines are so attached to a small archipelago in the South Atlantic, hundreds of kilometres from shore. The answer lies in how people build unique moralities and meanings into the frontier.

In Canada and the United States, there are vital frontier closure narratives that have defined widely accepted national stories. In Canada, the building of the Canadian Pacific Railroad is one such narrative. The suppression of the North-West Resistance is another. Through the twentieth century (but perhaps not in the twenty-first), those stories resonated with most Canadians. As the frontier closed, the modern, successful nation emerged. In Argentina, closure narratives resonated with equal force and purpose. But in a fascinating contradiction, at the same time, among urban middle-class Argentines (and some others), the frontier never closed. It remained an imagined space that housed racially, culturally, and politically subversive communities that threatened the nation, but that inspired an ongoing potential for national triumph in the taming of the frontier.

That contradiction has meant that Argentines have remained far more preoccupied with understanding their frontier, however, imagined, than Canadians or US Americans. As a result, cultural production about the frontier remains powerful and extensive. So, on the one hand, I was able to find sources in a broad range of libraries, archives, and private collections. In the case of the latter, I was willing to travel to Greater Buenos Aires where people offered to share family papers, obscure publications, long-lost films, and more. At the same time, the frontier is everywhere in Argentine popular culture. From UFO subcultures to pornographic films, the sources found me. 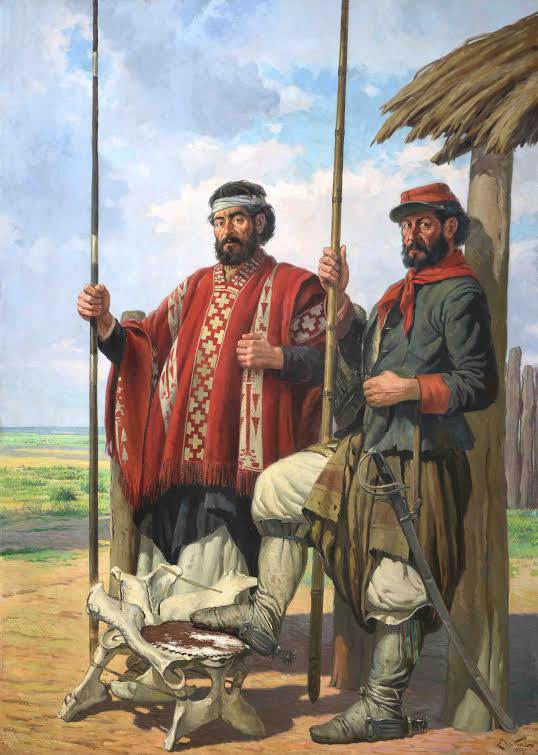 A false racial and cultural binary of “white” cowboys and First Peoples was baked into US American frontier myths. As imagined over several generations, the cowboy triumphed over Indigenous peoples in a vindication of US nation-building. In contrast, the Argentine equivalent to the cowboy—the gaucho—has always been imagined more ambiguously, in the context of the contradiction of the frontier that closed but never closed. As a cultural icon, the gaucho might have been a noble, morally upstanding figure, representative of the best in Argentines. Or he might have been depicted as a quick-to-anger ne’er-do-well, eager for a knife fight. Through the gaucho, Argentines expressed their fascination with and fear of the frontier. For urban Argentines who identified as white, the gaucho was often a racially subversive person. He was “Black” as Argentines used the term, meaning that he was likely a mix of Indigenous and non-Indigenous ancestries. US American cowboys and Argentine gauchos did, in fact, have racially and ethnically mixed backgrounds. But in Argentina, the subversive meaning of a racially ambiguous gaucho raised doubts about a myth that persisted well into the twentieth century that the Argentine military had destroyed First Peoples. In the gaucho, Indigenous people were still there. So, while conquest narratives formed the basis to how urban middle-classes imagined Argentina as a white republic, free of Indigenous peoples, the longstanding cultural construction of the gaucho asserted racial and larger flaws in those nation-building narratives. Indigenous peoples survived in the most iconic of Argentine figures, the gaucho. Of course, while many Argentines disavowed their existence through the late twentieth century, First Peoples also survived as rich, independent and vibrant communities.

Bruce Kidd’s memoir, A Runner’s Journey (Aevo UTP, 2021) is a masterpiece. The Saturday Night Live empresario Lorne Michaels said of Kidd that in the 1960s, every Canadian parent expected their children to live up to the image of Bruce Kidd. Early in the book, Kidd describes his childhood in the Beaches neighbourhood of Toronto. There is no better, more engaging, more elegant window into life in 1940s Toronto. With subtlety and grace, Kidd shows how his childhood adventures shaped a lifetime passion for building a city of neighbourhoods and compassion.