Cheryl Thompson author of Black "Minstrelsy on Canadian Stages: Nostalgia for Plantation Slavery in the Nineteenth and Twentieth Centuries" in JCHA/RSHC 31 no.1 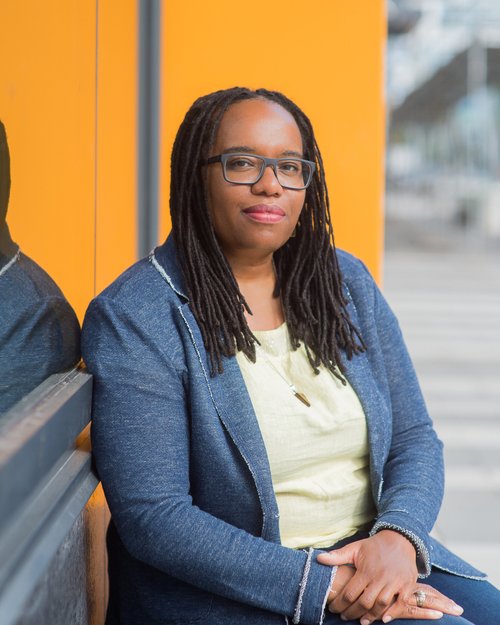 DR. CHERYL THOMPSON is an Assistant Professor in Creative Industries at The Creative School. She is the author of Uncle: Race, Nostalgia, and the Politics of Loyalty (2021) and Beauty in a Box: Detangling the Roots of Canada’s Black Beauty Culture (2019). Dr. Thompson is currently working on her third book on Canada’s history of blackface. This book is based on research Dr. Thompson has conducted with the assistance of multiple Social Sciences and Humanities Research Council (SSHRC) grants. The first project, funded through an Insight Development Grant (2019-22), has examined Canada’s history of blackface performance, and at its completion will produce an open-source resource website and video series. The second project, funded through a Connection Grant, is in collaboration with Toronto-based film company Pink Moon Studio. Together, we are co-producing a feature documentary film on Canadian blackface. In 2021, Dr. Thompson launched a Media Representation and Archives lab for her project, “Mapping Ontario’s Black Archives Through Storytelling,” funded through an Ontario Early Researcher Award (2021-26). In addition to publishing in academic journals, magazines, and newspapers, Dr. Thompson has also appeared on numerous podcasts and media platforms in Canada and internationally. Dr. Thompson holds a PhD in Communication Studies from McGill University. She previously held a Banting Postdoctoral Fellowship at the University of Toronto’s Centre for Theatre, Drama & Performance Studies, and the University of Toronto Mississauga’s Department of English & Drama. She grew up in Scarborough and currently resides in Toronto. You can read her article Black "Minstrelsy on Canadian Stages: Nostalgia for Plantation Slavery in the Nineteenth and Twentieth Centuries" in JCHA 31 no. 1.

I have been interested in the media for as long as I can remember. I collected and read magazines, newspapers, and in the digital age, blogs and websites related to entertainment, arts and culture. From a young age, I recognized that I wasn’t necessarily interested in becoming a dancer, visual artist, musician, or actor but that I had a gift for commentating on the performative arts. When I was in my 20s I became a music and film reviewer for a now-defunct Canadian magazine, Chart, and I also wrote for Exclaim! which is still in print. With these experiences I learned so much about communicating with an audience about a creative experience of seeing a film or watching a play, listening to an album versus attending a live performance. When I became an academic, I took this experiential knowledge and just applied it to history. As I read and learned more about blackface minstrelsy not singularly as a racist act – as it is framed in the contemporary – but as the most popular form of mass entertainment for nearly a century, I became interested in how media archives, in particular, provide us with a window to understand how performance cultures shift and change over time. In fact, I believe performance and media are so interconnected and interdependent (in that the artist needs the reviewer or the industry magazine to assess and comment on their work for their work to “exist” in the public realm) that you really can’t talk about one without the other.

My approach to the study of minstrelsy is quite common in the literature as you cannot understand a global phenomenon, which it was, without crisscrossing borders and geographies of space, place, and race. The challenge comes with ensuring you understand the specific nuances of race in those geographies. That is, reading not only the literature correctly but also gaining an understanding of cultural differences, linguistic nuances, and also immigration. As minstrel troupes crossed the US-Canada border and the Atlantic Ocean, they were not singularly American and/or British but some were Canadian, others were immigrants to America and Canada from the British Isles. Thus, the other challenge is about ensuring a depth of understanding about national discourses and conversations about citizenship rights such as freedoms, expressions, and enfranchisement debates that were unique to each country/region during the eighteenth and nineteenth centuries, in particular as the Western world shifted from an economy dependent on plantation slavery to market economies still tied to the enslavement of people of African descent but also diversified into other exploits like urbanization, industrialization, and modernization that shifted global economies from rural, agrarian systems tied to the physical (free) labour of Black and racialized people to economies tied to technological systems, like railroads, steamships, and eventually transport vehicles. My work aims to make sense of a genre of performance while situating that genre within larger sociocultural contexts that impacted not only the performers and the theatrical setting where shows took place but also audiences, promotion tactics, and media reporting. 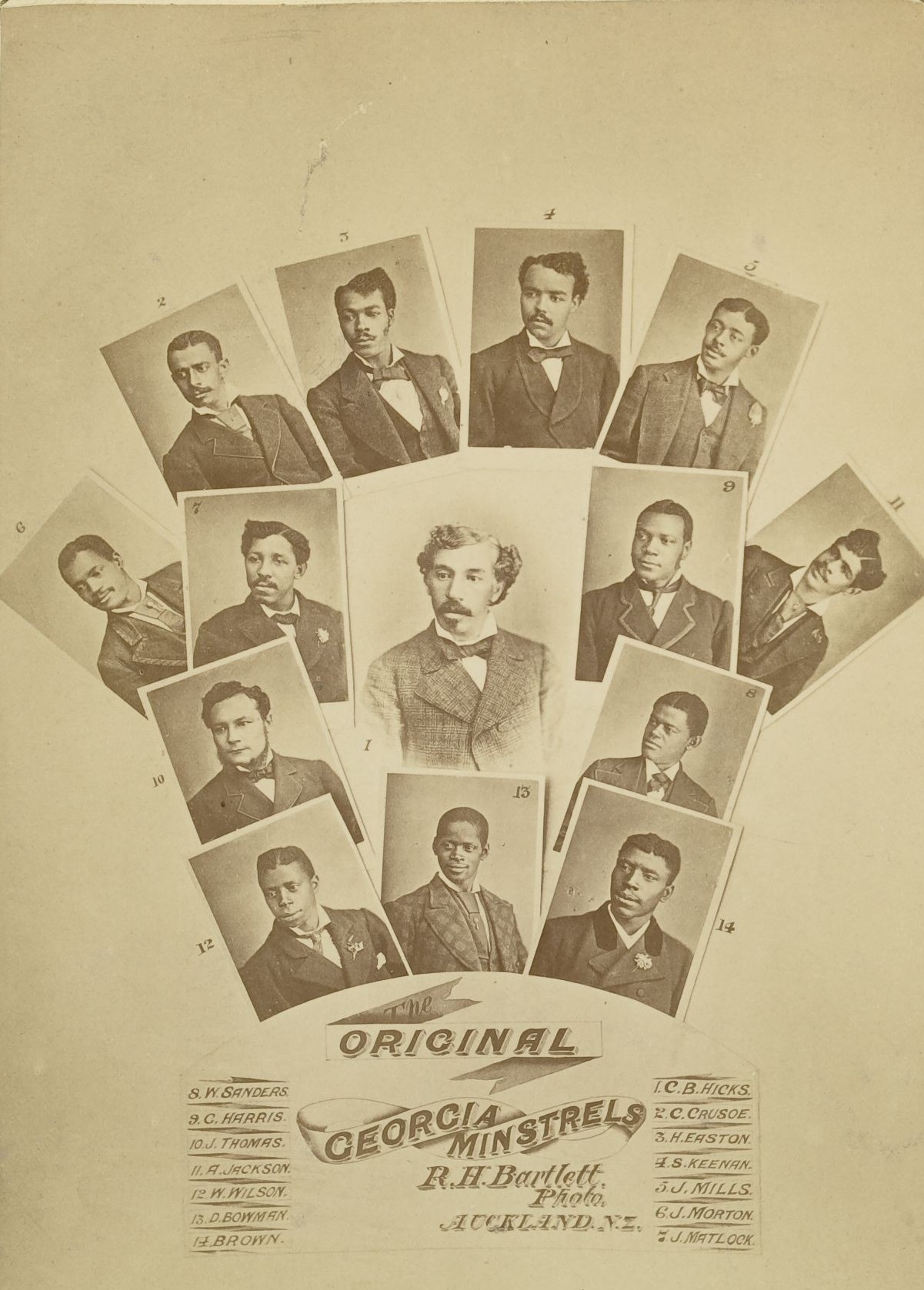 Whenever I get asked this question, I think back to my childhood growing up in the Toronto suburb of Scarborough. My sister and I were very friendly children and whenever a new family moved onto our street, we would immediately introduce ourselves to the children, because we knew they would likely attend our local school. In almost every instance, these children, who were white, would be receptive to our advances, and we would become friends with them. But eventually, they would stop talking to us, usually, after meeting other white children at school, they would also pretend to not know us at all. They would, over time, deny any connection with us and any history of being close to us. It was as if in an instant we were rendered invisible by them. Did they hate us? I don’t know. Were they or their parents racist? I don’t know. But what I do know is that when those white children met people who looked like them, they made a choice that it was what they preferred. Today, those same children we grew up with are in their 40s, some even have their own children, and they feel the need to “read” and attend workshops to “learn about racism” when, if they actually did some reflection, they would be able to recognize the moments in their lives when they have been racist and/or denied Black people’s existence. This is what I mean about Canadian denials of racism. Instead of personalizing their own anti-Blackness, too many white Canadians point to obtuse systems or structures which they agree are “racist,” but they remove themselves – their actions, beliefs, and attitudes – from the equation. The legacy of this removal is an inability for Black people to relate to, connect with, and have genuine conversations with white colleagues and peers because the elephant of 40 years ago remains in the room.

This article was really important for me to write about because blackface minstrelsy was not singularly a genre of performance in which white men (and in the late-nineteenth century, white women) donned the “burnt cork” makeup of minstrelsy to caricature Black people; Black people also performed in blackface. I wrote this article to unpack and explain the phenomenon of Black minstrelsy - or the wearing of blackface by persons of African descent on stage. Why would Black people “black up” to perform as Black people? My article explains this complicated era in performance history where majority white male managers specifically recruited African American men on the heels of emancipation in the US in 1865 to perform on stages across North America and eventually Europe, Australia, and New Zealand, as “real Negro Slaves.” While there were some African American managers during this era in minstrelsy, the vast majority were white and often they exploited Black actors for significant financial gain. I wrote this article to explain this complicated history. It extends the previous article I’ve written about minstrelsy and “Dixie,” the demarcated place of the southern Confederacy and nostalgia for plantation slavery, as well as a previous article that begins to touch upon blackface minstrelsy as a form of popular culture in Canada. I’m currently writing my book on Canada’s history of blackface, tentatively titled, Blackface Up North and this article as well as my previous works, will all play a part in unpacking this centuries-long, transnational history about not only popular entertainment culture but also racism, power, politics, and representation. 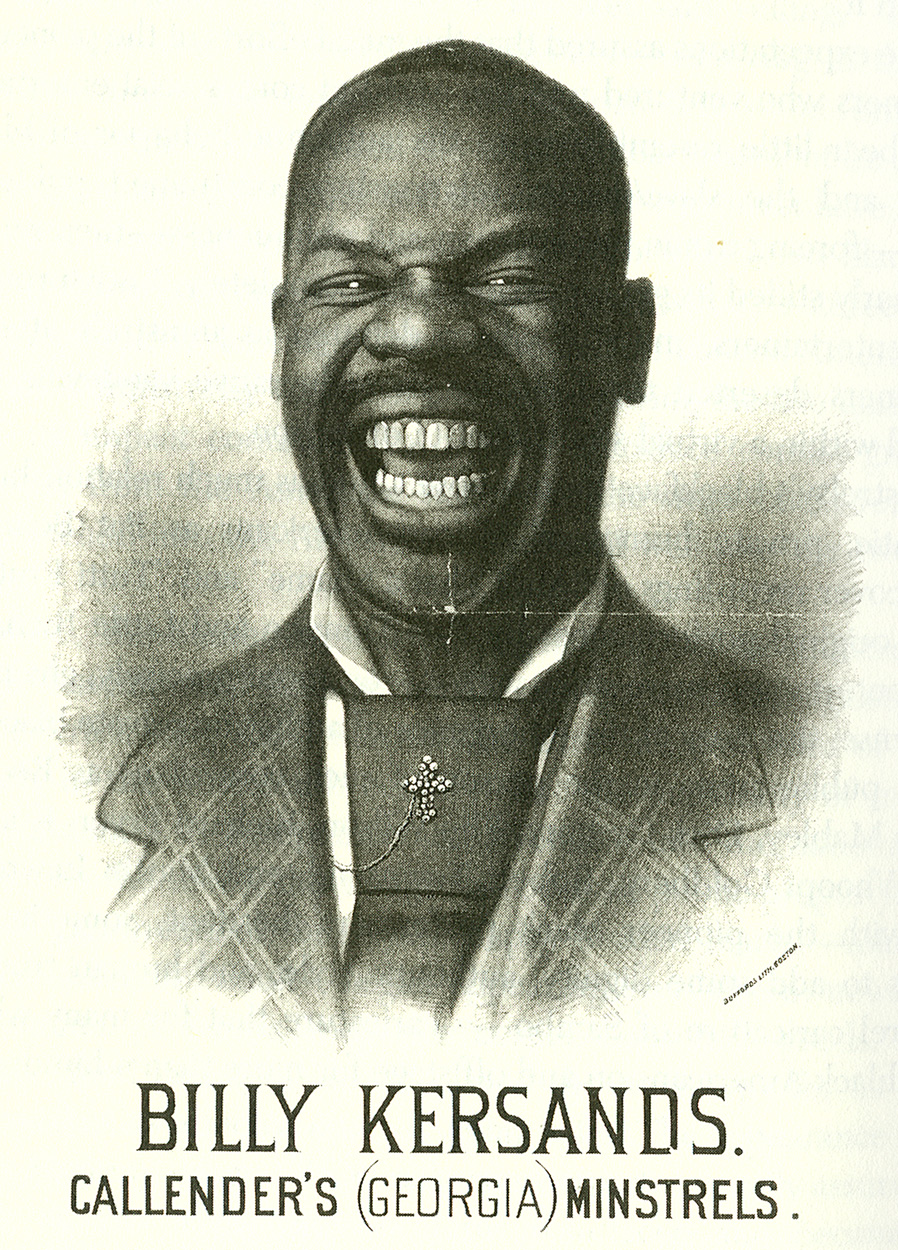 Whenever I write articles, I do so because I have something compact to say. Meaning, I leave nothing unsaid in the article because it is so squarely focused on one aspect of my larger scholarly practice. This article is complete for me. I have nothing further to add to it, but what I will do is use this article in my book to expand on what wasn’t expandable within the context of a journal article. Such as unpacking in more depth pre-Emancipation America versus post-Emancipation America in terms of laws, conflicts, systems of power and capital. These topics had to be drastically condensed in the writing of the article. Additionally, in my book, I will provide much more detailed biographical information on minstrelsy’s Black performers – who they were, what led them to the stage, what they did after minstrelsy’s decline, and why their legacy matters. It is important to note that I have been studying the history of blackface for over a decade, reading every text there is to read, learning the canon – key questions, debates, timelines, and critiques – and exploring Canada’s archives for primary data that range from newspaper clippings to visual ephemera, theatrical playbills to photographs from private collections. This corpus means that in writing this article, I was very selective and purposeful in my focus so it’s not really about “wishing I could have added to it” but more so about what’s yet to be said in the larger time that’s to come.

I’m currently writing my third book, so it is difficult to find time to read purely for pleasure, but of the books I’ve read for this project, Monica Millers’ Slaves to Fashion: Black Dandyism and the Styling of Black Diasporic Identity is high on the list. Her detailed accounting of how clothing, something that we associated today mostly with fashion and identity, has played such an important role in Black self-fashioning and adornment from the moment African people landed on the shores of North America and the Caribbean in the sixteenth and seventeenth centuries. The book also intersects with my focus on blackface, unpacking the Black Dandy of minstrelsy, “Zip Coon” as the character was called, and the ways in which the theatrical stage, through caricature, used clothing to frame Black bodies as Other. But conversely, African Americans reimagined, reimaged, and reframed the garments at their disposal to create an expressive culture that would, in the twentieth century and beyond, become one of the most influential fashion trendsetters not only in North America but globally. So the book is a story of not only survival and resistance, but ingenuity, creativity, and transformation. It inspires me every time I read it.